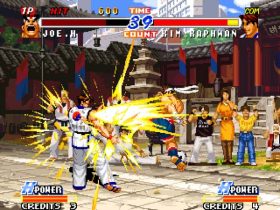 Originally released in Japan back in 1995, Romancing SaGa 3 has received a high-definition remaster that has optimized the role-playing game’s graphics, as well as introducing new dungeons to explore, new scenarios and a new game+ function.

You can shape your own adventure with one of the four protagonists – Urpina, Taria, Balmant, and Leonard – that each has their own unique storyline.

The western release builds upon the original Japanese game, with new and improved graphics, character voiceovers, weapons, skills, and more.

There are also more than 70 allies that can potentially be added to your party, letting you test different battle strategies with the new turn-based timeline system.