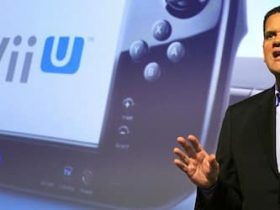 Prepare to journey through the skies, as NIS America have announced that they are bringing Rodea the Sky Soldier to the west later this year.

When inventor Ion reawakens abandoned robot Rodea, he discovers that the machine soldier was once responsible from protecting Garuda from the Naga Empire’s advancing horde 1,000 years ago. When Naga’s forces return to wage war, Rodea takes to the skies to defend the kingdom once again.

The Wii U and Nintendo 3DS game from Japanese developer PROPE is the creation of Yuji Naka and Zin Hasegawa, and will see players solve puzzles and demolish enemies as they look to upgrade their gear to enhance Rodea’s flight and combat abilities.

Rodea the Sky Soldier will launch exclusively for Wii U and Nintendo 3DS in Japan on April 2nd, and in North America and Europe later this year.