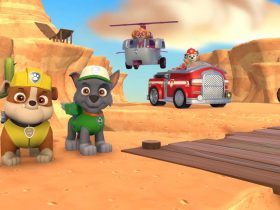 Save The Day In PAW Patrol: On A Roll For Nintendo Switch And 3DS

Psyonix has released a new software update for Rocket League on Nintendo Switch, which sees the high-powered football and driving hybrid now sat on version 1.0.9.

This has introduced new crates and keys, and, specific to the portable home console, has corrected the black secondary paint on the Breakout Type-S, which had previously displayed as brown. no longer displays as Brown

It has also introduced Throwback Stadium as an option in Exhibition Matches, Local Matches, Private Matches and Tournaments, and the developer has also listed known issues that will be addressed in the coming weeks.