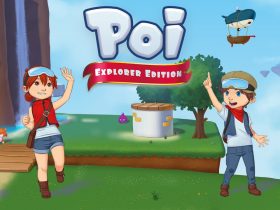 You can argue that every type of game would, seemingly, be a great fit on the Nintendo Switch. Console-like experiences, shorter, pick up and play experiences, two-player multiplayer as standard, it’s hard not to find a genre that wouldn’t prosper. You could carry that on then, and say that a game such as Rocket Fist doesn’t really work on any other console or device. It is best suited to Nintendo’s hybrid.

It is super simple to pick up, learn the controls within 30 seconds, have a blast for five minutes and then put down. You also have the ability to play multiplayer whenever you want in an instant with the split Joy-Con and again, because the controls are so simple you can quickly get your friend up to speed with the game in an instant and face off with one another. 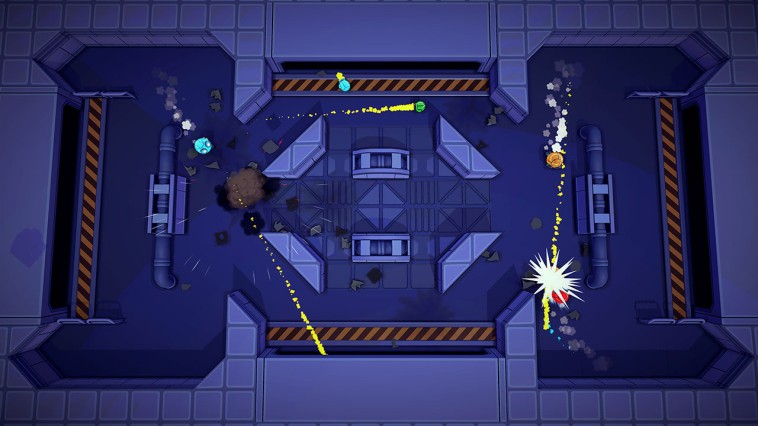 Sometimes, games don’t need to be overly complex in order to be fun, you just need a fun core mechanic and roll with it. Rocket Fist kind of reminded me of Bomberman. In that game you don’t expect an epic storyline or tons of modes, you just want it to have two things, the single-player mode and the all-important multiplayer. So, Rocket Fist isn’t going to be best remembered for its sheer volume of content and that’s fine, so long as it is fun to play, which thankfully it is.

Once you take control of a robot, which you can modify with different colours and costumes which helps you stand out amongst the crowd especially during multiplayer (I guarantee you will spend way more time looking through the variety of options than needed), you will be placed into a small arena filled with enemies and barriers/walls and it turns into what is essentially a big game of dodgeball. Instead of balls, however, you throw fists (the clue is in the name) which are scattered around the arena with typically at least two on the screen at any one moment, meaning both you and your opponent could have a fist ready to throw at the same time. It is fast-paced, to say the least, if you take it easy for one second it could make all the difference. There is also a dash motion you can do which is essential for those attacks that are a millisecond away from connecting with you. 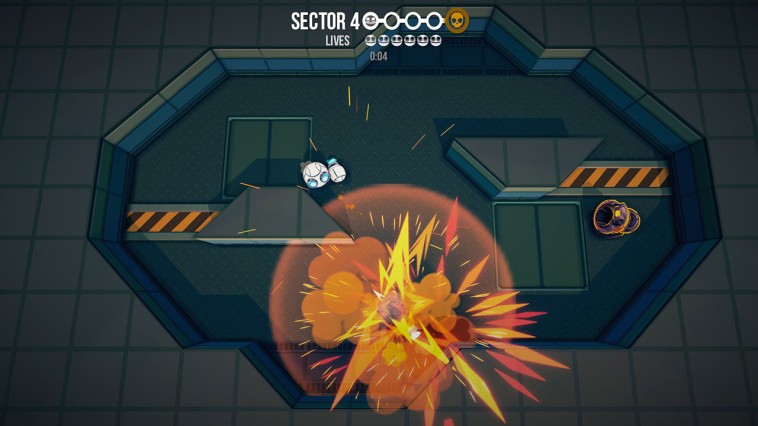 If you’re here solely for a single-player experience then you won’t be getting the most out of Rocket Fist, which goes without saying. The game will probably take you around an hour or two to beat, but you have three difficulty modes and you can go back to levels to try and beat your old times. Even though it is a short experience, I was surprised by how much fun I had playing against non-human players. Here, you get to play through five sectors (plus a tutorial sector) with a boss battle at the end of each one. Rocket Fist can get quite tough the further in you get and you will get the odd time you’ll want to throw your Switch (I advise against this) because you get right towards the end of a level and then get hit, meaning you have to start that level over from the start. Single player can highlight how hectic the game can be and is a good training tool for you to become a master during the multiplayer battles with friends.

Onto the local multiplayer, which is super fun, but only in short bursts. If you can get three other mates to play then you will undoubtedly have a blast together and as I mentioned earlier, the simple controls make it a game you can ask just about anybody to play, which is always a bonus. It basically does what it says on the tin, you will see the familiar arenas you have been seeing in single player and the gameplay is exactly the same, nothing is added, nothing is taken away. You can mix human players and CPU players so if you want it to be a bit more hectic but there are only two or three of you then you have the option to add more to the fight. 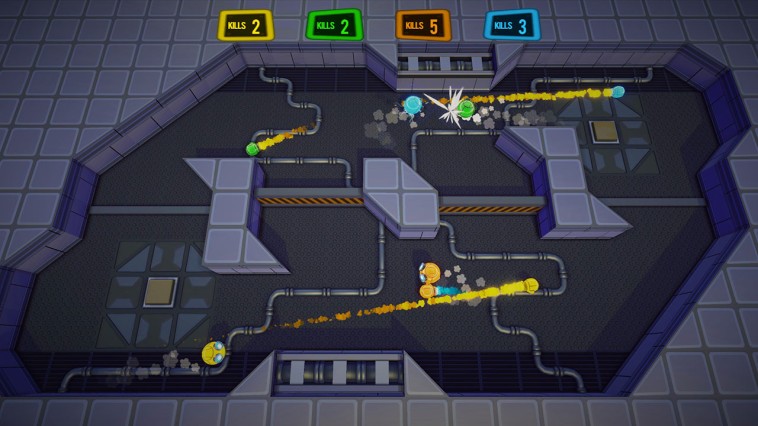 There are two different modes to pick and these are Deathmatch and Survival. Deathmatch is the first person to reach a certain amount of kills (up to 15 kills) wins the match whereas survival gives you a set amount of lives and the last person standing wins. You can also choose to use items too which appear in the battlefield at random. You can get items that protect you, make you move faster and even hinder the other players fighting.

The graphics do their job, but they are certainly not the best game you’re going to look at on the Switch, but having said its clear it’s not the type of game that needs detailed graphics. What we have here is a lot of simple, clean looking steel-plated walls, pipes and suchlike that, given the theme, fit well and are a good choice. The developers certainly made sure that the robots do stand out from the backgrounds, which for a chaotic game, really helps the player out a lot. The framerate in Rocket Fist is very consistent whilst both docked and undocked. There isn’t really much to be said about the music other than, again, it fits well with the theme of the game, it just isn’t particularly memorable. You will hear each sound effect hundreds of times, but unlike other games where hearing the same sound effects over and over eventually, starts to annoy you, I never had that problem here.

Rocket Fist is a fun game and I don’t think anybody can ask any more than that. If you are going at it alone I would question if your money is best spent elsewhere, because while the single-player portion is fun, it’s simply not going to give you a whole lot of content. Even if you play with friends it isn’t going to keep you hooked for hours and hours, but if you want a game to add to the multiplayer collection then you can do far worse as anybody can jump in with you and have a fun time.