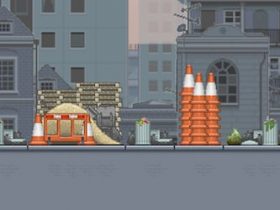 Modus Games, ACE Team and Giant Monkey Robot have announced that Rock of Ages 3: Make and Break has been delayed on Nintendo Switch.

“Due to current events, Rock of Ages 3 will see a small delay, with the game now set to launch on July 21, 2020,” the publisher confirmed on Twitter.

“While making you wait sucks, we want to make sure the game launches with all of the over-the-top boulder rolling hilarity that you’ve come to expect from Rock of Ages!”

The game continues to build on Rock of Ages 2: Bigger and Boulder‘s blend of tower defence strategy and arcade action, challenging players to roll massive boulders toward each other’s castles while building defences to protect their own.

Infused with a Monty Python-esque style of humour, the story mode reinterprets history in inventive ways from key figures like Caesar and Moctezuma to larger-than-life presences like Krampus or the Flying Spaghetti Monster.

With local head-to-head and online four-player multiplayer support, there are more than 20 selectable rocks to roll across six game modes – such as defending against all odds in Boulder Avalanche, or the unforgiving Humpty-Dumpty Mode.

And, thanks to the new in-game level editor, you can now design your own stages and share them with the community.

Rock of Ages 3: Make and Break will release on the Nintendo eShop for Nintendo Switch worldwide in 21st July 2020.