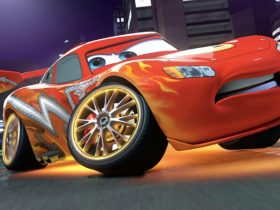 These will release in summer and winter respectively and will be revealed for the first time at E3 2017, where the publisher will be situated in South Hall Booth #2047.

River City: Knights of Justice (known in Japan as Nekketsu Mahou Monogatari) will release on the Nintendo eShop and will see Kunio and pals go medieval as they are transformed into heroes and villains that would be at home in any RPG. Players will wield swords, staves and magic as they bring peace back to Riverandia.

Whereas River City: Rival Showdown (known in Japan as Downtown Nekketsu Monogatari SP) will arrive this fall, and sees Kunio attacked by two mysterious individuals one night. After Riki’s girlfriend disappears, it is up to Kunio to discover the truth in just three days.

“River City: Tokyo Rumble was a huge success, and these two follow-ups in the popular River City/Kunio-Kun franchise are the perfect continuation of the series,” enthused Natsume president and CEO Hiro Maekawa. “We are looking forward to showing the games for the first time at E3 and garnering feedback from gamers and the media!”