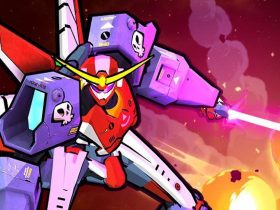 GALAK-Z: The Void Deluxe Edition Out On Nintendo Switch This Month

Ripstone has announced that they are working on a game that will release on Nintendo Switch, scheduled to arrive this year.

After supporting the Nintendo eShop for Wii U with multiple games such as Extreme Exorcism, Knytt Underground, Pure Chess, and Stick It To The Man!, it looks like that enthusiasm will only continue on Nintendo’s portable console.

“We are delighted to be working with Nintendo again after bringing numerous Ripstone titles to Nintendo 3DS and Nintendo Wii U, so watch this space for more details about our plans for Nintendo Switch,” the publisher shared.

It is likely that we will learn more about the game in the coming weeks, with Ripstone adding that it will be playable at E3 2017 next month.