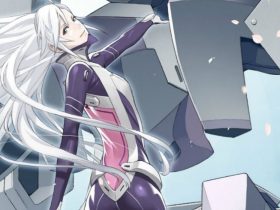 3909 LLC and Lucas Pope have confirmed a release date for Return of the Obra Dinn on Nintendo Switch.

In 1802, the merchant ship Obra Dinn set out from London for the Orient with over 200 tons of trade goods. Six months later it hadn’t met its rendezvous point at the Cape of Good Hope and was declared lost at sea.

Early on 14th October 1807, the Obra Dinn drifted into port at Falmouth with damaged sails and no visible crew.

In this first-person mystery adventure based on exploration and logical deduction, you play as an insurance investigator for the East India Company’s London Office.

Sent to board the ship to prepare an assessment of damages, you must explore its surroundings, turn back time with the Memento Mortem pocket watch, and record logical deductions to solve the ship’s mysteries.

Return of the Obra Dinn will release on the Nintendo eShop for Nintendo Switch worldwide on October 18th.