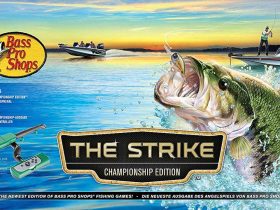 Crunching Koalas and Buckshot Software have announced that Project Warlock will release on Nintendo Switch next month.

This retro-styled first-person shooter is a love letter to ’90s classic, fast-paced games in the genre, such as DOOM and Hexen, but made for a modern audience.

You play as the Warlock, a mysterious preacher who sets out on a quest to rid the world of the invading forces of evil. That will challenge you to slash and shoot your way through hordes of blood-thirsty demons, unholy monsters and deadly machines.

There are 60 levels set in five domains in which you can discover secret areas, ammo caches, hidden buttons and elevators, with 38 guns and eight spells in your arsenal to use against your enemies.

Project Warlock will release on the Nintendo eShop for Nintendo Switch worldwide on 11th June 2020.