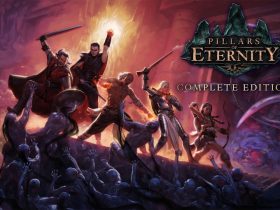 PQube and Level 91 Entertainment have confirmed a release date for Inertial Drift on Nintendo Switch.

The developer touts that this intense one-on-one arcade racer has completely re-engineered drifting with twin-stick controls, delivering a “new level of precision.”

There are 16 cars and drivers to choose between, which each have their own techniques and driving style.

With a ’90s retro-future setting, there are 20 tracks to race on that are “flooded by the lights of pink Japanese sunset and vibrant neon-cities.”

Inertial Drift will release at retail and on the Nintendo eShop for Nintendo Switch worldwide on 7th August 2020.