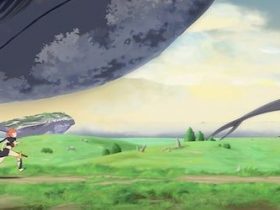 Renegade Kid have launched a Kickstarter campaign to secure funds for Cult County, a “rebirth of the survival horror FPS genre” that acts as a spiritual successor to Dementium.

It had originally begun life as a project for 3DS, although the developer reveals that it “has grown beyond the scope” of the handheld and that they “do not want to compromise” their vision for what it can become.

It will now see the episodic game, planned for a May 2015 release, come to Wii U alongside PlayStation 3, PlayStation 4, PlayStation Vita, Xbox One and PC, the developer looking for $580,000 backing to help cover costs.

There’s still the possibility that it could come to the 3DS, a stretch goal being added if enough interest was there. “However, it would need to cover the cost of developing a separate game entirely, as we would need to rebuild the game from scratch with our proprietary 3DS engine”, Renegade Kid adds.