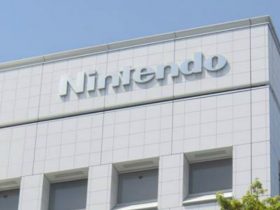 Outed by a trademark registered ahead of their announcement, Renegade Kid have confirmed Moon Chronicles as their next project.

Chronicles will assume an episodic model as the developer plans to deliver multiple seasons to the Nintendo eShop – the first being a remake of Moon, which originally saw release on Nintendo DS. This will be entirely rebuilt for the 3DS, with retouched geometry, graphics and Circle Pad Pro support as well as sporting 60 frames-per-second.

This follows protagonist Major Kane as he investigates an hatch of unknown origin on the surface of Earth’s moon, whilst the second season, aimed for a 2015 release, will comprise of brand new content that acts as a continuation to that of the first.

“We’re big fans of TV shows like Lost. We love shows that really cement the feeling where you watch an episode, you have a cliffhanger, and you absolutely need to watch the next one,” explains Renegade Kid co-founder Jools Watsham.

“That’s our plan for season two and beyond, [for us] to approach it in a similar way. ‘What’s the whole point of the season? Where do we start and where do we end up?’”