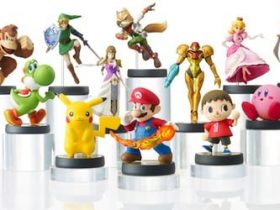 Nintendo price amiibo at £10.99 in the UK as pre-orders open

Nintendo are unfaltering in their vision for Wii U, with Nintendo of America president Reggie Fils-Aime commenting that it “has not changed at all.”

While Wii U hardware sales have fallen short of the company’s targets, it is “unique, compelling experiences” that are seen as being key to a resurgence in momentum behind the console.

“The vision for Wii U has not changed at all. What we believe is that unique, compelling experiences are what drive a platform forward, and you do that through the software that’s been created,” Reggie discussed.

“We’ve been very clear that there were a number of games that launched late last year, that we wanted much earlier in the launch window. Games like Pikmin 3 and Wii Fit U, we wanted those earlier to drive the installed base. The fact is that development took a little bit longer, they came just before the holiday season. But what we’ve seen with those games, what we’ve seen with Super Mario 3D World, and what we’re now seeing with Mario Kart 8, and what we’re anticipating with Smash Bros.

“We believe that the system has very good momentum right now and it’s up to us to keep delivering that great content. And that’s why we have games like Hyrule Warriors coming this year, why Smash is coming this year to really keep that pace.”