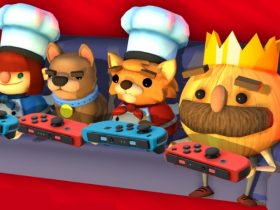 Nintendo of America president Reggie Fils-Aime has discussed that the company “have a very robust development pipeline,” comprising of games coming from a multitude of angles.

That will consist of first-party titles, second-party releases where the company partners with established studios, and software from third-party publishers. But independent developers are continuing to do “exceptionally well,” and these will play a “key part” in Nintendo’s product pipeline moving forward.

“It is fair to say that we have a very robust development pipeline, and it’s not just first-party,” Reggie explained in discussion with IGN. “What you’re seeing more and more, Devil’s Third is a great example of it, is what we call second-party development. So, partnering with an established studio to bring some exclusive content to our platform. And then what you’re also seeing are the big third-parties creating games like Just Dance and the LEGO series.”

He continued, “But we’re seeing a tremendous indie community really supporting our platforms, not only Wii U but 3DS as well. And those games are doing exceptionally well, and from the developer’s standpoint having those games merchandised side-by-side with Mario, with legacy Zelda-type games, they love it because the traffic is there, the attention is there, and so those independent games are going to be a very key part of our product pipeline.”