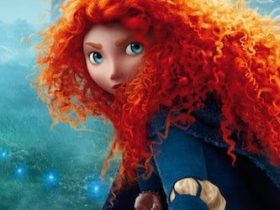 Nintendo of America’s Reggie Fils-Aime has touched on why the company has moved away from hosting stage conferences, this year seeing them shift to their Nintendo Digital Event.

That largely revolves around delivering “entertainment value,” allowing their Japanese developers to discuss announced projects, and, most importantly, allowing the company to have fun with their messaging.

“Couple that with the fact that so many of our developers are Japanese, so having them explain the game directly is a little bit more challenging. We could do it in this type of environment, but to do it from a big stage is a little challenging. So for us, we think the best way to bring our message to the fan, to the larger community, is to create an event, to create something that we believe has all of the little Nintendo magic and pixie dust and communicate that directly.

“Everything form that opening video with Mr. Iwata and myself. The fun we had with Robot Chicken and the little homage that we made to fans, and all those that accost me about Mother 3. For us, it’s a way to have fun, and to communicate the key messages.”

He went on to discuss how they can measure reaction more effectively through social media, although their approach isn’t without difficulties. “The biggest challenge is the fact that we have so much content to announce that we can’t do it in one 45 minute event,” he continued. The other piece for us is we don’t believe trying to communicate something over an hour and a half event really makes sense as well. So, you [IGN] folks benefit, we’re able to bring key games like Devil’s Third here directly to your show and we’re going to continue to unveil news throughout all of E3.”