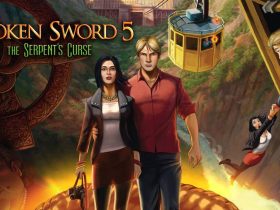 Broken Sword 5: The Serpent’s Curse Out On Nintendo Switch Next Month

All in! Games has released a new live-action trailer for Red Wings: Aces of the Sky on Nintendo Switch.

With over-the-top, comic book-stylized adventures, this dynamic dogfight action game will let you “experience the fascinating history of the Great War and become the king of the skies.”

You will participate in battles from the pages of history, using your skills to shoot down your opponents – honing your deadly aim as a pilot to become the true ace of the sky.

With more than 10 historical warplanes of Entente Powers and the Triple Alliance, you will have the chance to witness the birth, rise, and fall of the notorious Red Baron, Manfred von Richthofen – becoming part of his squad.

Red Wings: Aces of the Sky will release on the Nintendo eShop for Nintendo Switch worldwide in 2020.