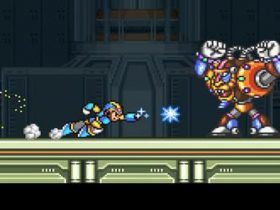 It has been revealed that Red Fly Studios were hard at work developing a game surrounding Darth Maul, although the project was later cancelled.

The studio had been selected by LucasArts to work on the Wii version of Star Wars: The Force Unleashed II, approached following their successes in bringing Mushroom Men: The Spore Wars, Food Network: Cook or Be Cooked, and Ghostbusters: The Video Game to the console. Although that responsibility wasn’t anticipated by them at the time.

“Not on purpose, we carved out that we were the Wii guys”, Red Fly Studios CEO Dan Borth explained to Game Informer. “They wanted [the Wii port of Force Unleashed II] to be better, but didn’t know what to do really. We built a demo in two weeks with little assistance from LucasArts. Neil Garrett, their head of external production, thought we should do it”.

LucasArts had been surprised at how quickly Red Fly’s 50-strong team were able to port The Force Unleashed II, so much so that they couldn’t deliver art assets fast enough. That saw the project soon codenamed “Swift”.

“The project moved quickly – way too fast for LucasArts to give us art assets in a timely manner”, Borth added. “So we built almost everything from scratch”.

Upon release, LucasArts soon branded The Force Unleashed II a failure, although the Wii version was hailed as being the best version critically. Red Fly Studios were soon contacted by LucasArts president Paul Meegan to work on a brand new intellectual property with Darth Maul at its protagonist, supported by Nintendo and LucasArts, that would see release on 3DS, Wii or Wii U.

“They kind of kept us on the hook”, Borth recalls. “They told us Force Unleashed III was coming, and there were some rumors we might actually get the next-gen versions to prove ourselves worthy, but they just kind of dismissed us as, ‘You are just the Wii guys. You can’t do that.’ When publishers look at you, you have to fit into their wheelhouse or you don’t get the job”.

“I got a call from Paul, and he asked me if I would be interested in making a Darth Maul game”, Borth continued. “I was like ‘Yes, of course, of course.’ They signed us to a contract that was basically, ‘You guys start working on ideas, start working on demos, start working on mechanics.’ It wasn’t really a game contract; it was more like a work-for-hire, month-to-month thing. We started to flesh out our ideas and content and stuff like that. I think after about three or four months we entered into the game contract. It got intimate pretty quick”.

It is believed that Red Fly Studios were looking to tell Maul’s origin story, of how he became a Sith Lord. Now that Electronic Arts have gained the Star Wars license it will most likely never see the light of day, but you can see some footage within the video below.