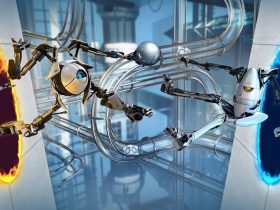 EuroVideo and Zaxis Games have announced that Fimbul will release on Nintendo Switch early next year, a comic book-style action-adventure that takes inspiration from the Saxo Grammaticus – the Danish Book of Kings.

The game’s name is derived from the long, cruel winter that precedes the Viking apocalypse, Ragnarok. It will tell the tale of Kveldulver, an ageing berserker who travels through the frozen Midgard to reclaim an ancient artifact that could prevent the end of the world.

Intertwining northern European legend with a comic book-style narrative, exploration elements and a weapons-based combat system, the non-linear story is heavily influenced by the player’s actions. An autosave feature called The Thread of Life will let players come back to crucial moments in the story to explore alternative branches at any moment.

You will encounter other Vikings that can be recruited into your party, using their individual skills and items to survive against enemy warriors, hungry wolves, monsters and the giant Jotun.

Fimbul will release on the Nintendo eShop for Nintendo Switch worldwide in early 2019.