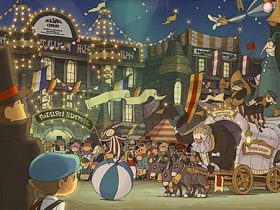 Ubisoft have confirmed that Rayman Origins is set to release for Nintendo 3DS across North America on March 20th, having previously confirmed a March 16th launch date across Europe.

Rayman Origins includes over sixty levels across six unique worlds, each created by reputed artists and animators with an illustrious 2D design. You’ll unlock new abilities across the entirety of the game, that may then be used in previously visited levels to discover new, hidden paths.

StreetPass will also be utilised, allowing players to share stat progression, including collectibles, time played, unlocked achievements and your avatar with others.

Rayman Origins will release for Nintendo 3DS on March 16th across Europe, and March 20th in North America.