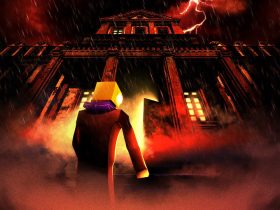 The Padre Brings Retro-Stylized Horror To Nintendo Switch Next Week

Nimble Giant Entertainment has revealed that Quantum League is in development for Nintendo Switch.

This online competitive “revolutionary time-paradox shooter” will see you compete as a Quantum Athlete, battling it out in specially designed arenas where agility, speed and skill will not be enough to rise to the top.

The difference is that you battle within a time loop, and can tactically team up with your past and future selves to help you get an edge on your competition in 1-on-1 and 2-on-2 matches.

Quantum League will release on the Nintendo eShop for Nintendo Switch worldwide in late 2020.