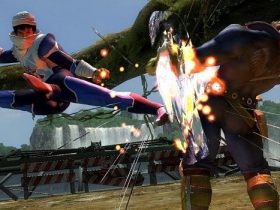 Tekken Tag Tournament 2: Wii U Edition will be a 16.7GB download

Following on from the exploration of first-person puzzling in titles such as Metroid Prime and Portal, Toxic Games offer their own take on the genre in Q.U.B.E. Director’s Cut. This has you manipulate various coloured blocks to move through rooms and solve the puzzles placed before you. Success is achieved through simple controls, in either having the cube pulled out or pushed in with different effects depending on the cube’s colour.

There is a story to the game that runs in the background while you are left to complete the puzzles. In it, you’re an astronaut with memory loss who is deep within the cube, having to solve puzzles that result in it steadily being dismantled in an effort to save the planet. But, it soon emerges that all is not as it appears. This sort of narrative is unobtrusive if you just want to play the game, but does add to the overall feel and is definitely a welcome addition in this Director’s Cut.

With multiple sectors to go through, each has a multitude of puzzles and various secret areas with trickier, hidden puzzles for you to find – meaning that there’s ample room to explore. The puzzles are often a mix of ones which require lateral thought and deductive skills, and others that require quick reflexes – such as a puzzle where you have to move a green ball through a tilting maze. 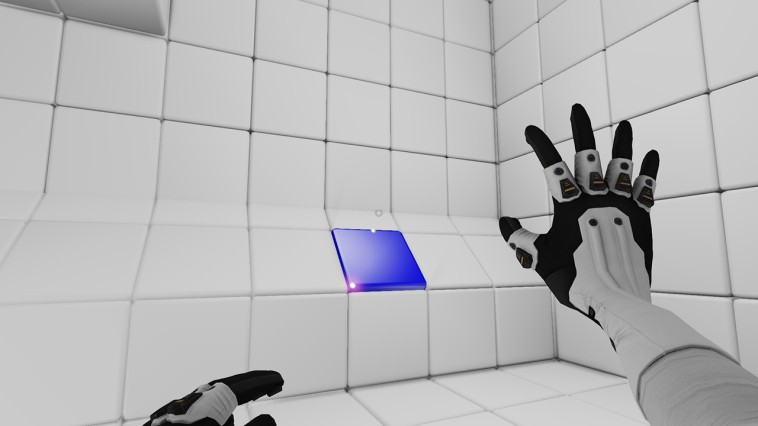 The puzzles aren’t always simple, and neither are they overly complex. The physics system within the game is well used but does sometimes feel like it’s a bit tweaked to make it so puzzles can be completed. However, there was one example of a glitch where things went a bit odd. There was a box that needed to be pushed onto a spring box which would actually somehow go through various other blocks, making the puzzle impossible. But, a quick reload of the save file managed to restore this to normal.

Also in the game is a special ‘Against the Qlock’ mode, where you get given special obstacle courses that you have to complete – being able to earn Bronze, Silver or Gold cubes based on your performance. This gives the game some added replay value that you may not necessarily find from the main part of the game, plus with the addition of Miiverse you can share your times although this isn’t integrated which is a shame.

The game’s graphics are minimalist, but the style they have gone with works well. The environments are all sterile and made from white cubes, which may seem a bit repetitive or dull, but as you go through them, subtle changes are introduced. Cracks appear in the cubes, lighting shifts, angles warp and so forth. It’s not a massive graphical powerhouse, but the style is definitely nice and just works. 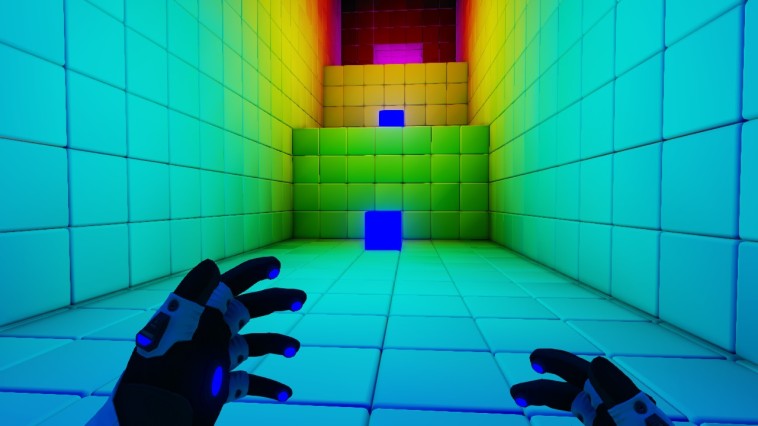 The approach to sound design is a bit weird. You will hear the cubes move and various other sound effects, but everything is just subtle. This helps build the atmosphere of the game, that you are alone and in a cube. However, there are some occasions where the sound just doesn’t seem to activate, which is a bit odd. The voice acting for the story portions is implemented well also.

Q.U.B.E. Director’s Cut is a decent game. The puzzles often require lateral thought, which is exactly what many players are looking for with this sort of game. There’s replay value in the special race against the clock, as well as hidden areas that you may not normally discover. While it’s not a story based extravaganza that many expect in this age, it’s still an enjoyable release for those that are fond of the genre.