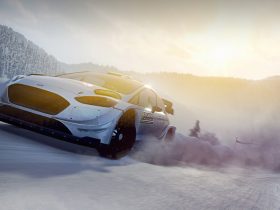 WRC 8 Tears Up The Track On Nintendo Switch

Ultimate Games and RG Crew have announced that PsyHotel Simulator is in development for Nintendo Switch.

You are challenged to manage the PsyHotel as The Boss, who must carry out orders to eliminate the psychopathic criminals that inhabit it.

As a contract assassin who also somehow runs the hotel, you must get to know the background and habits of your customers before working out how best to terminate them.

“The Boss is one part Hitman, one part Dexter Morgan. He’s certainly an unconventional and unusual character. The hotel we will manage is something completely unique. Our inspirations include hotels known from The Shining and the John Wick movies, but also Arkham, known from the Batman universe,” explains RG Crew main programmer, Piotr Rycąbel.

“We will provide a lot of freedom in our game. You will be able to eliminate targets almost openly, but you might as well set a sophisticated trap or make it all look like an unfortunate accident. The game will also feature, among others, a simple crafting system and a wide range of possibilities of expanding and modernising your crazy hotel.”

PsyHotel Simulator will release on the Nintendo eShop for Nintendo Switch worldwide in 2021.