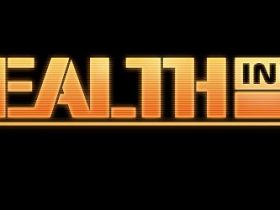 Stealth Inc 2 set for Wii U release on October 23rd

BySamb has announced that BlobCat will release on Nintendo Switch, a puzzler in which you must work hard to protect the DiceMice.

This spiritual successor to ChuChu Rocket!, which was first released on the SEGA Dreamcast in 1999, you must place arrows and guide the DiceMice to the MiceHole. To make that more difficult for you in the more than 90 levels in the game, BlobCats are rolling around to prevent them from reaching their goal.

There is also local and online multiplayer, with the developer having revealed that BlobCat will have cross-platform play with the PC version. The multiplayer mode challenges as many as four players to try to save as many DiceMice as they can, with the chance to send BlobCats in their direction to help get ahead.

“Don’t you hate it, when games on different platforms split the online community?” the developer asks. “We do! That’s why we’re VERY happy to announce, that BlobCat on Switch will feature CROSSPLAY with the PC version! Play together with your friends, your viewers and everyone else on every platform!”

BlobCat will release on the Nintendo eShop for Nintendo Switch in 2018.