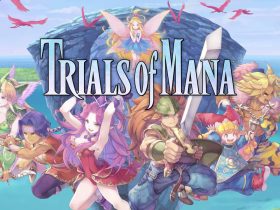 Trials Of Mana Coming To Nintendo Switch On April 24th

Shown within the Nintendo Switch Presentation 2017, this is being developed by Silicon Studio who are known for their work on Nintendo 3DS exclusives Bravely Default: Flying Fairy and Bravely Second: End Layer.

“What does it mean to play a role?” a voice in the reveal trailer asks. “In a vast world of adventure. The places you go. The deeds you do. The heroes whose tales you bring to life. Every road is yours to take. Embark on an adventure, all your own.”