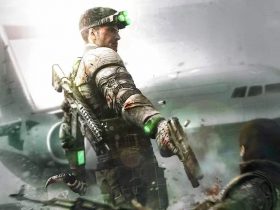 It has been confirmed that Project CARS won’t see release on Wii U until 2015, although PC, PlayStation 4 and Xbox One versions will race into retailers later this year.

Alarm bells were already ringing when the publisher mentioned last week that Project CARS would be launch “starting November 2014,” the news shared alongside their worldwide distribution agreement with Slightly Mad Studios.

“We’re committed to delivering an exceptional and unique experience for racing fans on Wii U and for this we kindly ask our devoted and passionate Nintendo fans for a little more time in order to ensure the game delivers on our vision of being the most authentic, beautiful, and technically-advanced racing game on any platform,” Bandai Namco shared in a statement to Eurogamer.

It’s the third time that Wii U owners have been hit with unexpected delays after Rayman Legends and Watch_Dogs were pushed back by Ubisoft.