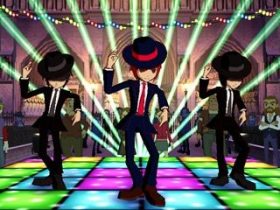 If news of the Project CARS Limited Edition wasn’t enough to whet your appetite, Bandai Namco Games have shared another gameplay trailer alongside gamescom 2014.

Populated by more than 60 licensed cars that you can speed around over 35 race tracks, developer Slightly Mad Studios has aimed for realistic gameplay in crafting their take on an authentic driving simulator.

Project CARS will release worldwide on Wii U in early 2015.