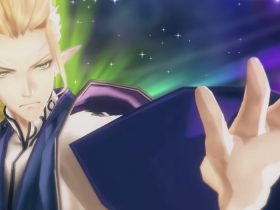 Nintendo of America have today announced that Professor Layton and the Last Specter will release across North America on October 17th.

Acting as a prequel, its premise sees a young Professor Layton stumble upon a mysterious, foggy town known as Mist Haley, that is protected by the watchful eye of a shadowy giant whenever his flute is used to summon him. However, the figure has turned against the village it previously swore to protect and it is up to the Professor, a young boy from the village called Luke Triton who is heavily involved in the legend of the Specter, and a former colleague named Emmy Altava, to seek out why.

Professor Layton and the Last Specter is due to hit North American retail for Nintendo DS on October 17th.