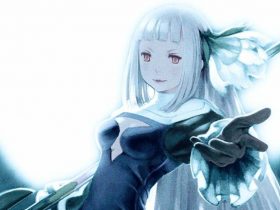 Eager fans awaiting the arrival of Monster Hunter 3 Ultimate have been granted the opportunity to pose questions to the game’s producer, Ryozo Tsujimoto.

Nintendo will then pluck a selection of these, which will then be answered within a special video that will be shared ahead of the game’s release in March.

So, if you’ve ever perhaps wondered where Capcom get their inspiration for the monster designs, how they found developing for Nintendo’s platforms, or what Tsujimoto-san’s favourite aspect of the series is, now is your chance to ask!

Monster Hunter 3 Ultimate will release for Wii U and Nintendo 3DS across North America on March 19th, and Europe on March 22nd.