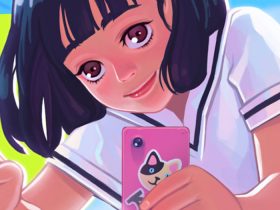 As a roguelike style first-person shooter, Polygod shows some very interesting ideas. The mystique which surrounds your avatar and the occupants of the polygonal world is intriguing and the complex balancing act of upgrades is inspiring. However, it’s all buried under some truly awful controls which never seem to flourish whether played on the TV or in handheld. In fact, the latter is infuriatingly awkward. You can choose between standard controls or using the gyro built into the Switch. Neither are particularly adequate – the gyro feels too unwieldy and the sticks lack the precision needed for accurate aiming. Of course, this doesn’t hamper the enemies, the AI can hit a flea on the head of a pin.

There’s also a large amount of RNG (Random Number Generation) which can ruin a run right out of the gate. Each world entered is created by an alphanumeric code, which populates said world with enemies and altars – which offer the perks and upgrades – in around ten of these, a few of them will feel overly punishing from the off. One world opened and I found myself surrounded by enemies, unable to really move around the small area to escape their shots. 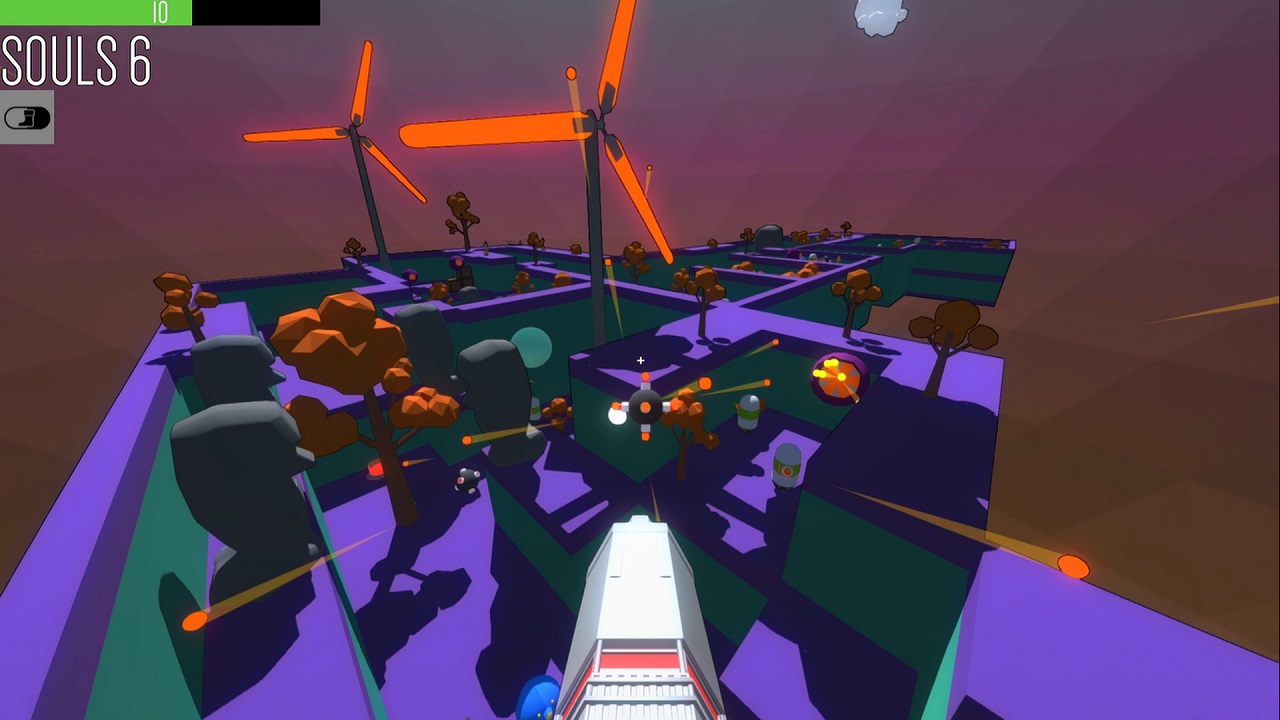 Whenever blessed with a decent world, the aim is to destroy everything in sight and reach the end of the game. In order to do this, upgrades are made available randomly and are traded for souls. Souls come from enemies. It’s a very simple system and one that feels very intuitive – there are no real restrictions to the ‘build’ of the avatar. Altars offer three different upgrades each time, some focus on increasing health or damage, others can be perks which adjust speed of movement after a kill or offer a chance to set the enemy on fire. As with any roguelike, no two runs will be the same. But, where Polygod is concerned and excels, upon death you can try again.

As someone who plays A LOT of roguelike games, there’s always a moment when I’ll die in-game and wish I could try again. Maybe after death I think of a new tactic or consider a different upgrade may have helped. The chance to try again over and over is wonderful. Should you choose not to retry, simply come out to the main menu and randomise the seed again. 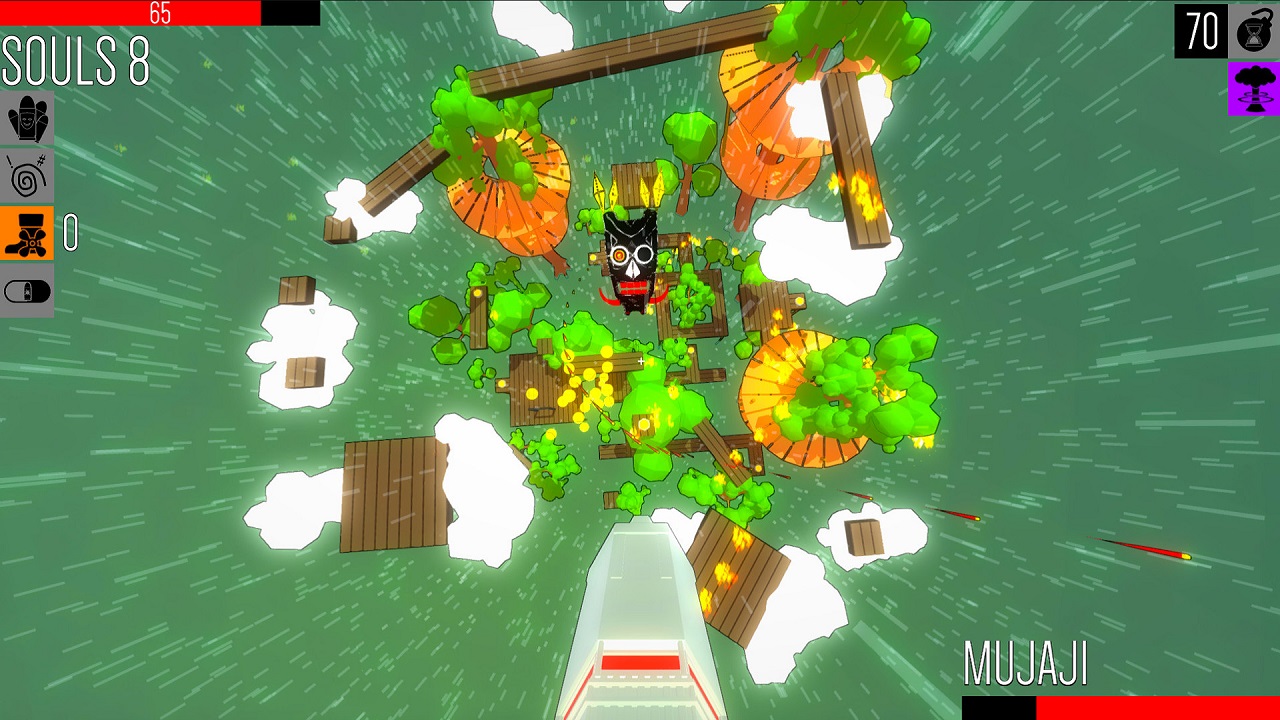 Chances are high you’ll stumble upon a seed with a lovely set of upgrades and push through slowly towards the bosses, you’ll inevitably die though because, aside from the aiming, Polygod is very tough. Enemies are unforgiving, and dangerous. Over a few hours of play, with a myriad of seeds and upgrades, I struggled to get past the first boss. That’s not a complaint – for those who want a challenge and can overcome the control scheme, there’s a lot of depth and satisfaction here. For a casual player or someone experiencing roguelikes for the first time, this could be a roadblock.

It’s possible for Polygod to be a genuinely fun experience, but the stars must align, and patience must be given. Everything here is interesting and appealing, from the visuals which are bold and sharp, to the base roguelike underneath the gloss. But it comes with a but and a lot of maybes.