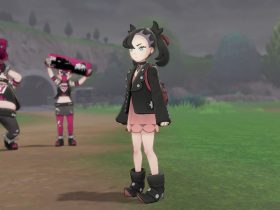 Bede And Marnie Are Your Rivals In Pokémon Sword And Shield

E3 2013 has seen plenty of news circulating regarding Nintendo 3DS exclusives Pokémon X and Y, thanks in part to the developer roundtable by Game Freak director Junichi Masuda and The Pokémon Company International’s CEO Tsunekazu Ishihara.

New battle scenarios including Sky Battles and Horde Encounters, Pokémon-Amie, the new Fairy-type, and a slew of new critters – Skrelp, Clauncher, Talonflame, Noivern and Vivillon – have proved an absolute treat for fans.

Now, Nintendo are allowing you to see highlights from yesterday’s developer roundtable, which you can see below: