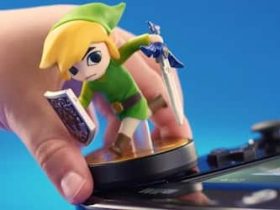 14.7 million amiibo have been sold worldwide

The Pokémon Company International have today unveiled the next core entries within the Pokémon series, set for Nintendo 3DS.

With a worldwide release planned for October, it introduces new Pokémon, a new storyline set in a vibrantr 3D world, and dynamic battles that elevate the series beyond its pixelated counterparts.

The company also confirmed that the games would expand into new animation, Pokémon TCG, and toys globally.

“The worldwide launch of Pokémon X and Pokémon Y this October allows players to begin their adventures at the same time,” The Pokémon Company CEO Tsunekazu Ishihara explains. “Now, Pokémon fans across the globe can discover the secrets of Pokémon games and can collect, battle, and trade with each other immediately.”

“The stunning visuals, a completely redesigned environment, game scenario, music, and communication features will bring smiles to the faces of video game players around the world.”

Catch the debut trailer below: