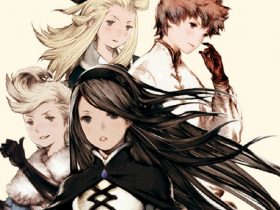 Pokemon Ultra Sun and Pokemon Ultra Moon are now available exclusively for Nintendo 3DS worldwide, but you may still be left wondering which version to buy.

That’s because each has their own exclusive Pokémon and Legendary Pokémon, as well as differences between the Ultra Recon Squad, Totem Pokémon, and even the time of day. It means that your choice will likely come down to personal preference in relation to the Pokémon that are available to you. Let’s quickly run through the differences.

As with previous Pokemon games, there are Pokémon that will only appear in a particular version. That covers both standard and Legendary Pokémon, such as Solgaleo and Lunala who can eventually turn into Dusk Mane Necrozma and Dawn Wings Necrozma forms.

The Ultra Recon Squad are a strange group that have come from a world that lives beyond an Ultra Wormhole, and, depending on which game you buy, the story will be told from a different perspective.

Those that choose Pokemon Ultra Sun will see Dulse and Zossie play a central role, while Soliera and Phyco will take that role in Pokemon Ultra Moon – both will bring UB Adhesive with them.

As with Pokémon Sun and Pokémon Moon, the two versions are set 12 hours apart from one another and are tied to a real-time clock. That means that Pokemon Ultra Sun operates on the same time as your Nintendo 3DS system, whereas Pokemon Ultra Moon is shifted by 12 hours.

Certain Totem Pokémon that appear in the trials that you take part in will also be different in each version, while players will encounter different Pokémon on the same route depending on whether it is day or night.