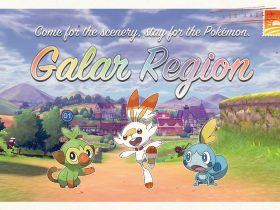 The Pokémon Company International has announced that the Pokémon TCG: Sun And Moon – Forbidden Light will release in May.

This brand new expansion continues to build on the story that started with Sun and Moon – Ultra Prism, and will showcase the mysterious power of Necrozma who has absorbed a Legendary Pokémon and taken on a luminous new form as Ultra Necrozma-GX.

Other Pokémon have been drawn to this new light – such as Lucario-GX, Greninja-GX, Zygarde-GX, Yveltal-GX, Volcanion Prism Star and Arceus Prism Star – and must decide whether to welcome or resist it.

The Pokémon TCG: Sun And Moon – Forbidden Light expansion will release worldwide on Friday 4th May, and, for those interested, you can try it out at prerelease tournaments that take place across the United Kingdom between Saturday 21st – Sunday 29th April.