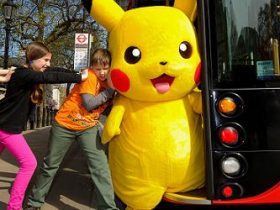 How do you get Pikachu on a bus?

Having already brought to life the music of the Pokémon series to audiences across the country, new concert tour dates for the Pokémon: Symphonic Evolutions have been announced.

There have been 30 added to the schedule, starting with Maryland in May and carrying right through to Michigan in February next year. Tickets will be on sale from Saturday 28th March, although you can purchase early on Friday 27th March with the pre-sale code MELOETTA.

The concert schedule has currently been shared as follows: