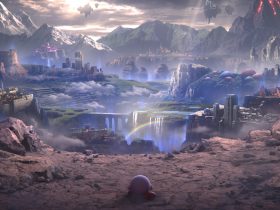 Game Informer has revealed Pokémon Sword and Pokémon Shield as the cover story for the gaming magazine’s November 2019 issue.

After having an early chance to visit Game Freak’s headquarters in Tokyo to play the upcoming Nintendo Switch exclusives, you can read the behind-the-scenes story about their creation.

This will also see the publication share more over the coming weeks, such as interviews, videos, and features.

That includes conversations with the game’s director, producer, planning director, and art director, touching on topics like why the Galar region is inspired by the United Kingdom, the new Dynamax mechanic, and why some Pokémon won’t appear.