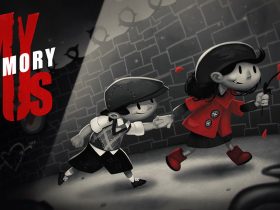 Nintendo UK has announced their Nintendo Switch games lineup for EGX 2019, presenting the chance for those in the United Kingdom to play Pokémon Sword and Pokémon Shield as well as Luigi’s Mansion 3, among other exclusives for the portable home console.

The games that you can expect to play on the Nintendo stand are: Pokémon Sword and Pokémon Shield, Luigi’s Mansion 3, Mario and Sonic at the Olympic Games Tokyo 2020, The Legend of Zelda: Link’s Awakening, Super Mario Maker 2, Dragon Quest XI S: Echoes of an Elusive Age – Definitive Edition, and Layton’s Mystery Journey: Katrielle and the Millionaires’ Conspiracy Deluxe Edition.

Nintendo will hold a The Legend of Zelda cosplay competition, where those dressed as any character from the history of the franchise are invited to take part in the on-stage event between 3pm – 4pm BST on Saturday 19th October.

Those that would like to participate should email [email protected] with the subject line “The Legend of Zelda Cosplay” with your contact details and the name of the character you will be cosplaying as at the event. Entries will close at 12pm BST on Tuesday 15th October, although you can register at the event from 10am on Thursday 17th October.

The Splatoon 2 UK Championship 2019-2020 Qualifier will also be held on Saturday 19th October, with pre-registration now being accepted for full teams of four or five people. To secure your team’s spot, send an email to [email protected] with the subject line “Splatoon 2 Tournament EGX 2019” and providing the names or tags of your team members.

You can still register at EGX 2019 from 10am on Thursday 17th October as long as there is still space available, while players not in full teams that want to compete will be matched with other “squids for hire.”

As with the Splatoon 2 UK Championship 2019-2020 Qualifier, as long as there’s still space available you can still register at EGX 2019 from 10am on Thursday 17th October. Players that are not in full teams will be matched with others as needed to compete.