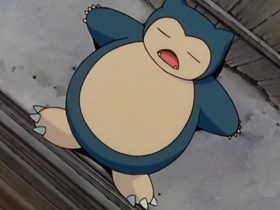 The Pokémon Company and Game Freak have revealed that Pokémon Sword and Pokémon Shield have an optional autosave feature.

After you have performed a trade with another player, you would normally have to save your game. However, this time, the developer has made it seamless experience in the Wild Area.

“When you connect with them to actually trade or do some kind of interaction, it then seamlessly switches to a synchronous connection,” director Shigeru Ohmori explained to explained Game Informer. “It’s also saving in the background, which is something we previously didn’t do, so there’s quite a bit going on in there that is represented in the Wild Area.”

As to whether that autosave process happens in the rest of the game, he adds: “It’s a new feature we’re implementing: full autosave functionality.

“Traditionally in Pokémon games, it’s an important thing to write your report to record your save, and that’s always been a staple, like, ‘Remember to save your game!’ We do have an autosave feature this time, where you can just adventure and it’ll constantly save the game.”

For those that are worried about the game autosaving at the wrong time, you will have the option to deactivate (or reactive) it in-game when needed. This will then let you manually save whenever you like as in previous games.