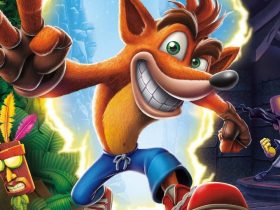 It sounds like there’s a chance that we could hear about the “core RPG Pokémon title” that is in development for Nintendo Switch before E3 2018.

We have heard little more about the game since it was announced at E3 2017, but well-known industry insider Emily Rogers has shared her expectation that news “isn’t that far away.”

For those that don’t recall, last year a Pokémon Direct was broadcast one week before E3 2017, in which The Pokémon Company and Nintendo revealed Pokkén Tournament DX, Pokémon Ultra Sun and Pokémon Ultra Moon, and that Pokémon Gold and Pokémon Silver would release on the Virtual Console service for Nintendo 3DS.

“I just want to provide some clarification on what I said — and what I didn’t say,” Rogers wrote on ResetEra.

“What I said: I believe a Pokemon game is releasing on Switch later this year. It will be a RPG with at least two versions.

“What I didn’t say: I didn’t specify whether it was a core game, a spinoff series, a remake of an older game, or a Gen 8 game. I won’t be sharing anymore details. The announcement isn’t that far away.”

The Pokémon Company president and CEO Tsunekazu Ishihara has spoken about how he sees the game “as a chance to create Pokémon that goes deeper and with a higher level of expression,” whereas Game Freak co-founder Junichi Masuda has offered his thoughts on the brand’s future on the portable home console.