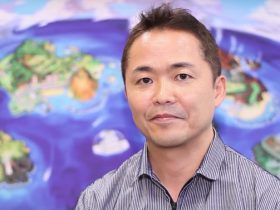 Given that The Pokémon Company International has openly shared that the new Alola region in Pokémon Sun and Pokémon Moon is inspired by Hawaii, it comes as no surprise that the new adventure will take place across multiple tropical islands.

Hawaii is a volcanic archipelago that has six main islands, with the capital city Honolulu being situated on Oahu. It is believed that this was shown in the recent trailer that revealed the three starter Pokémon, and that we will learn more about the other islands at a later date.

That news comes from Amazon’s product listing for the Nintendo 3DS exclusives, in which the online retailer writes: “Pokémon Sun and Pokémon Moon will launch in the US November 18th, 2016 exclusively for the Nintendo 3DS family of systems. Embark on a new adventure as a Pokemon Trainer and catch, battle, and trade all-new Pokemon on the tropical islands of a new Region and become a Pokemon Champion!”

The Pokémon Company International has slated the next news burst for the Nintendo 3DS exclusives to arrive on Thursday 2nd June.