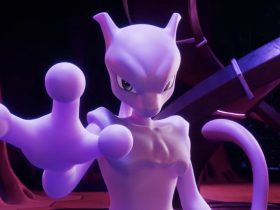 The Pokémon Company International has announced that a first look at Pokémon the Series: Sun & Moon will air on CITV in the United Kingdom this weekend.

With new characters and action-packed adventures in the Pokémon universe, this will allow viewers to watch the first two episodes on Sunday 20th November before the full series is scheduled to start at a later date.

Those in the United States will have to wait slightly longer, with Disney XD to debut the two episodes on Monday 5th December. This is part of a new multi-year animation distribution deal that has been signed with the channel, which will see it not only air Pokémon the Series: Sun & Moon but the 19 previous seasons – which is more than 900 episodes – and the 15 movies.

It was also announced that the new feature-length animated film Pokémon the Movie: Volcanion and the Mechanical Marvel will air on CITV in the United Kingdom on Saturday 19th November, and on Disney XD in the United States on Monday 5th December.