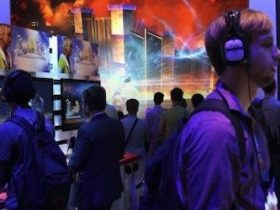 Final Fantasy Explorers to be playable at gamescom

Pokémon Smash is preparing to unleash an announcement, Serebii report.

Within yesterday’s preview for next week’s episode, which airs on Sunday 1st April in Japan, they promise to share an entirely “new” announcement although it is unclear as to what this would be in regards to.

Whether this announcement could be the first information regarding the anticipated sequels, or something entirely different, remains uncertain.