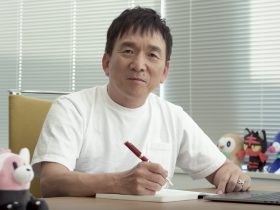 The Pokémon Company and Ambrella have revealed Pokémon Scramble SP, a mobile game that was once known as PokéLand.

The “refreshing, fast-paced action game” will soon release for iOS and Android devices in Japan, once again seeing you control Toy Pokémon as you explore nearby islands.

Your Toy Pokémon move automatically as they explore, leaving the player to tap the screen to attack enemies when needed.

Those that connect a Nintendo Account can use their Mii character, and Diamonds, the in-game currency, are used to unlock more content in what is an otherwise free-to-play game.

PokéLand had received an Alpha test on Android in 2017, but, after a similar test was announced for iOS devices, nothing went on to happen – we now know why.

Pokémon Scramble SP will release for iOS and Android devices across Japan in 2019.