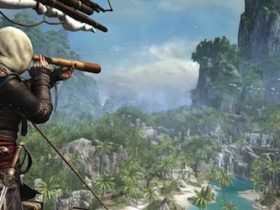 Ubisoft discount Wii U and 3DS games until March 31st

Pokémon Rumble U will support use of the Wii U GamePad’s near field communication (NFC), it has emerged today.

The latest issue of Japanese magazine CoroCoro, as translated by Serebii, reveal that Nintendo are set to sell Pokémon figures that may be imported into the game through use of the GamePad’s built-in (and previously unutilised) NFC reader.

When the game launches in Japan on April 24th it’ll be accompanied by six standard figures and a single special figure on sale, with Pikachu being the only confirmation so far. Such figures, once zapped into the game, are trainable with their battle information able to be recorded remotely on them.

Nintendo as yet haven’t confirmed how many figurines they plan to release in total, although all 649 Pokémon plucked across all generations will appear within the game.