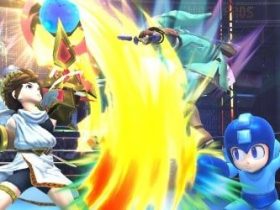 Sakurai: Super Smash Bros. Wii U to have bigger stages than previous games

The Pokémon Ruby & Pokémon Sapphire: Super Music Collection is now available to purchase through iTunes, becoming the fourth soundtrack from the series to hit the digital music service.

This 101-track strong soundtrack joins those for Pokémon X and Pokémon Y, Pokémon HeartGold and SoulSilver, and Pokémon FireRed and Pokémon LeafGreen, which have all been steadily released by The Pokémon Company International since November.

Released in North America in March 2003, Pokémon Ruby and Pokémon Sapphire were set in the island region of Hoenn, based on a real-world location, with composers Junichi Masuda, Gō Ichinose, and Morikazu Aoki taking inspiration from the Japanese island of Kyushu.

Pokémon Ruby & Pokémon Sapphire: Super Music Collection is priced at $9.99, and may be found through this link.