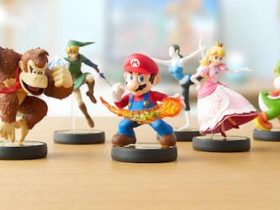 Nintendo reveal that certain amiibo will be “limited-time offers”

Each recreating their own slice of the 90’s classic, there’s some rather stark, and often scary, contrasts between how they’ve interpreted each scene. Jason Paige’s instantly recognisable vocals behind the iconic Pokémon theme song blare in the background, and it’s hard not to appreciate the artistic talent that’s behind bringing everything together.