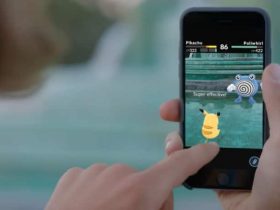 After being in development for eight years, work on Pokémon Prism was scrapped after Nintendo delivered developers Nsomniart and TPP Devs a cease and desist letter last week.

“Nintendo understands that you are a fan of its original products and its Pokémon franchise,” Nintendo’s legal representatives had stated. “Whilst this is appreciated, it unfortunately does not alter Nintendo’s important role to ensure that all of its valuable intellectual property is fully protected and that there is no use made of any of its intellectual property rights without proper supervision and authorisation.”

The company’s swift decision to intervene with the Pokémon Gold ROM hack’s release caught wider attention, resulting in “a group of people interested in seeing ROM hacks succeed” make a move to release it to the public.

That has seen it become available through other means, the Pokémon Prism subreddit abuzz with chatter around their unexpected chance to explore the Naljo region. Exactly how Nintendo can resolve this is now unclear.

Aside from the new region, Prism presented the chance to capture 252 Pokémon that have been plucked from across four generations. The ROM hack also introduces Wood, Gas, Wind, Abnormal, and Sound Pokémon types, three new moves, several new items, and a new TM and HM set.