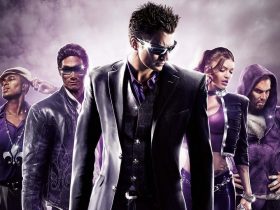 After Media Create had revealed how strongly Pokémon Let’s Go, Pikachu! and Pokémon Let’s Go, Eevee! have sold in Japan, The Pokémon Company has announced that the Nintendo Switch exclusives have sold more than three million copies worldwide in the three days that they were on sale last week.

With 661,240 copies sold in Japan, that means that 2,338,760 copies have been sold in the rest of the world. But, what impresses most is that the games have achieved the highest first-week sales for any game on the portable home console up until now, outpacing the likes of The Legend of Zelda: Breath of the Wild, Mario Kart 8 Deluxe and Super Mario Odyssey.

The chance to return to the Kanto region has also proven to be a system seller, with 200,850 Nintendo Switch consoles sold in Japan last week compared to the 54,235 that were shifted the week before.

All eyes will now be on Super Smash Bros. Ultimate in two week’s time, to see what positive impact the mascot brawler can have on the console’s sales.