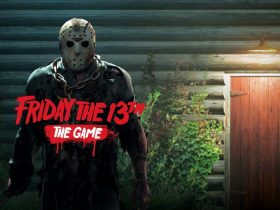 The Pokémon Company International has confirmed that Pokémon Journeys: The Series will start airing on POP in the United Kingdom from 1st September 2020.

The upcoming season is exclusive to the channel in the country, which is available to watch on Freeview 206, Sky 616, Virgin 736 and Freesat 603.

Those in the United States can already watch the first 12 episodes exclusively on Netflix, with new episodes to be added quarterly for the season’s duration.

In Pokémon Journeys: The Series, Ash Ketchum has a new plan to see the world. His next adventure with Pikachu starts as they head to the opening of the Cerise Laboratory, a research facility dedicated to uncovering the mysteries of Pokémon from every region.

There he meets Goh, another boy who is as equally curious about Pokémon and both are excited when Professor Cerise asks them to become official research fellows. Ash remains as determined as ever to become a Pokémon Master, while Goh aims to catch one of every Pokémon – including the elusive Mythical Pokémon, Mew.