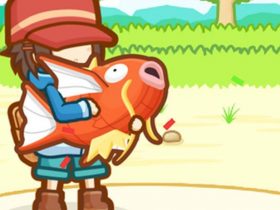 Niantic has announced that the Pokémon GO Water Festival will soon make a return, with Water-type Pokémon like Magikarp and Wailmer appearing more frequently in the wild.

There’s even the chance that you may encounter Shiny Carvanha or Shiny Barboach, and Water-type Pokémon will hatch more often from Eggs.

Along with that, Kingler and Crawdaunt will be able to learn the Water-type Charged Attack Crabhammer, while Blastoise, Vaporeon, Lapras, and more will appear in Raids.

And then, from 6pm – 7pm on Wednesday 28th August, you will be able to encounter Uxie, Mesprit, or Azelf in five-star Raids in their respective regions.

That’s not all, either. During the Water Festival event, you will earn twice as much Hatch Candy, and, if you have a Water-type Pokémon as your Buddy, the distance to earn Buddy Candy will be halved.