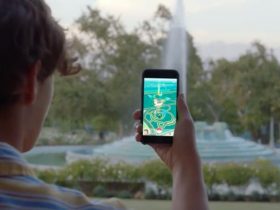 Niantic has released a software update for Pokémon GO on iOS, which brings the location-based game to version 1.31.0.

Version 1.29.1 had added a random Evolution item reward when players achieve a 7-day First PokéStop of the Day streak, which is helpful after the wider Version 1.27.2 update that introduced 80 new Pokémon that were first discovered in the Johto region, gender-specific Pokémon, a new night-mode map, new Berries, new encounter mechanics, new avatar outfits and accessories, and bonus Candies for catching Evolved Pokémon.